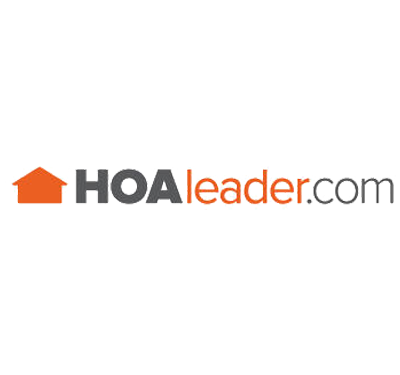 The Pros and Cons of Unincorporated Condo/HOA Associations

At HOAleader.com’s March webinar on board fiduciary duties, the topic of unincorporated associations arose. Are those a thing?

We have a ton of questions, and here, our experts set us straight.

Even if our experts recommend incorporating, some clients stand firm. “We have some clients that are unincorporated,” says Phaedra J. Howard, a partner specializing in community association law at Hellmuth & Johnson PLLC in Edina, Minn. “Our very first condo act that went into effect in the 1970s didn’t require associations to be incorporated. So those would typically be the older communities.

“I’ve also dealt with single-family home associations that aren’t incorporated because they don’t fall under our statutes,” says Howard. “But the first thing I tell them is, ‘Let’s get you incorporated.’

Has This HOA’s Last Board Member Standing Overstepped?

An HOAleader.com reader asks: “I’m in an association in Florida governed by statute 720. The governing documents specifically state, ‘The Association may contract for the management of all or part of the common Properties and such other Association duties as it desires, for purposes of carrying out all or a portion of the maintenance services provided for in this Declaration.’

Phaedra J. Howard, a partner specializing in community association law at Hellmuth & Johnson PLLC in Edina, Minn., thinks the issue would shake out in Minnesota. “First, our governing documents wouldn’t be worded that way,” she notes. “Generally, the documents I’ve seen basically tell the board it can delegate any of its management functions to a management company.

“Even then, finances are related to maintenance,” she adds. “And for that matter, this reader is saying you can have a management company to handle maintenance, but in Minnesota, condos and HOAs can hire a bookkeeper or CPA to handle finances. So what’s the difference between the management company and the bookkeeper or CPA handling those functions?”

Can Your Condo/HOA Eliminate Quorum Requirements for Elections?

We recently saw a recommendation to California condos and HOAs to simply amend their governing documents to eliminate quorum requirements for elections.

Can you do that, whether you’re in California or another state? Why would you? Our experts weigh in.

Minnesota condos and HOAs wouldn’t be able to amend to eliminate their quorum for elections. “Heck no,” says Phaedra J. Howard, a partner specializing in community association law at Hellmuth & Johnson PLLC in Edina, Minn. “How do you even say the vote was valid if there’s no quorum requirement? A community with 500 units could have 3 owners show up, and the vote could be 2 against 1.

In this week’s tip, we explain why you should be very wary about filling out an updated federal form for condos. Fannie Mae Form 1076 was revised after the Champlain Towers collapse. It now includes questions that essentially require condo board members or managers to certify that their property is structurally sound.

Who Fills a Seat When a Condo/HOA Board Member Not Yet Seated Resigns?

An HOAleader.com reader asks: “We just completed our yearly election. A current director running for reelection (five candidates with three winners) and won has decided to resign at the end of the current board year (FY 21-22) and therefore will not be sworn in for FY 22-23.

Phaedra J. Howard, a partner specializing in community association law at Hellmuth & Johnson PLLC in Edina, Minn., actually had a situation similar to this one. “You need to look at the specific documents,” she says. “In that case, we determined that the election took place, the person was eligible to be elected, and they were elected. So if they resign, that’s now a vacancy.