I have lost track of how many times I have been told by the president of an association, “We haven’t had to raise dues in five years.” It’s usually said with great pride. And then I burst her bubble. Managing expenses is of course a primary objective for association boards, but not raising dues (assessments) year after year isn’t necessarily something to celebrate. Why? Because, over time, it can create financial issues for the association.

Everything’s More Expensive
As we are all painfully aware, nothing gets cheaper over time. To expect to be able to pay more for the goods and services an association needs without a corresponding increase in assessments is not sustainable. Even if expenses this year were relatively stable, an association should not assume that will be the case next year, or the year after that. A small annual increase can avoid the necessity of “dipping into savings” to pay regular operating expenses. It is always more difficult to get the money back into savings than it was to build it up in the first place – in part because the association may continue to “dip” to pay regular operating expenses.

By budgeting a modest annual increase for goods and services an association needs, an association is less likely to fall into a “budget crisis” if, say, for some reason, the cost of critical materials increases on a renovation project, increases in gas prices are passed on to the association by some vendors (e.g., trash collectors) or snow removal costs far exceed estimates.

Smaller Increases Annually are easier to pay than a big increase every few years
An increase of a few dollars a month each year is typically much easier for homeowners to accommodate than a significant increase imposed every few years to “catch up.” Such significant increases inevitably lead to an increase in delinquent accounts and a decrease in funds available for use by the association. Of course, that just makes things worse. An association typically does not increase monthly dues by, say, $50 – $75 a month over the previous year’s amount unless there is a need to do so. If that association now has owners who not only don’t pay that increase, but, indeed, pay nothing because of the increase, the association is that much further behind budgeted revenue.

From an interpersonal perspective, a small increase annually may be met with acquiescent sighs.  A large increase every few years is more likely to be met with angry shouts.  While no one wants to make others unhappy, a frown is certainly easier to deal with than a group of angry owners.

Caps on annual increases
In many associations, the Board cannot increase assessments over the prior year’s assessments by more than a stated percentage (usually 5% – 10%) without approval of at least a majority of owners. Some older associations’ documents also impose a “superquorum” for such votes. In those cases, 50% – 67% of owners (or more, depending on the governing documents) must submit a proxy or attend the meeting at which the vote will be taken. For associations who already have difficulty meeting a lower quorum threshold, meeting this “superquorum” threshold can be insurmountable. Even without “superquorum” requirements, getting owners to approve a significant increase can be difficult.

For those associations that must get owner approval of increases over a stated percentage, failing to increase assessments by a relatively small amount each year may make it difficult to “catch up” if owners do not approve a larger increase.  This then leaves the association with an unbalanced budget and, more important, the obligation to provide certain services to the homeowners without sufficient funds to do so.

Maintaining assessments at the same level from year to year can feel like a win.  Homeowners certainly like to hear there will no increase.  However, not increasing assessments on a yearly basis—even just 2% or 3%–can create significant budgetary issues down the road.  Those same homeowners are not smiling so broadly then—and everybody loses. 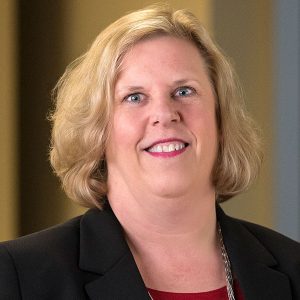 Home » Blog » No increase in dues this year? Don’t pop the champagne corks yet!
No two cases are the same. Prior results do not guarantee a similar outcome. Read our full Legal Disclaimer