As anyone involved in the community association industry knows, using volunteers is an important part of the efficient running of almost any Association, whether it be volunteer board members, other volunteers for projects, specific matters or general assistance around the grounds and buildings of an Association. However, care should be taken when utilizing volunteers and there are a number of issues to be aware of in that context.

Volunteers may be individually protected by the federal “Volunteer Protection Act of 1997” but that may not protect the association itself to any real degree. That Act was intended to protect individual volunteers with nonprofits from risk of tort liability for their actions in order to allow volunteering without worrying about potential liability for being a volunteer. But an Association needs to protect itself as well.

A volunteer is essentially acting as an agent of the Association when volunteering, depending on the type of task being done. Thus, there could be liability for negligence or wrongdoing as a result of something that the volunteer does (or does not do). Also, there is the risk of injury to the volunteer while doing tasks for the Association – that must be considered as well.

Some key concepts arise when involved in the world of volunteers:

There are a number of potential insurance options to protect the Association from potential liability to or as a result of the actions/inactions of volunteers:

These are just a few of the considerations when using or thinking about using volunteers around your Association. It can be done and most certainly can be helpful and rewarding to both the volunteer and the Association. But being aware of and planning for the potential pitfalls and risks is good business practice for homeowners’ associations.

This article is republished with permission and originally appeared in the Fall 2018 Issue of Minnesota Community Living from CAI-Minnesota.

Chris has nurtured close client relationships since he joined Hellmuth & Johnson in 2004. Today, he is a partner and a member of the Real Estate, Construction, and Litigation practices. His clients include contractors, subcontractors, suppliers, business owners, and property owners. He represents them in mediations, arbitrations, administrative hearings, and district court actions regarding mechanic's liens, construction defect disputes, and other business and commercial disputes and investigations. 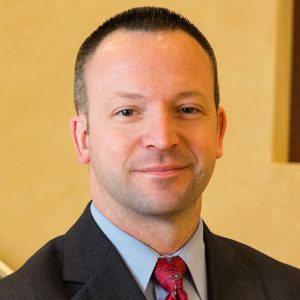 Home » Blog » Pointers for Using Volunteers In and Around Your Association
No two cases are the same. Prior results do not guarantee a similar outcome. Read our full Legal Disclaimer