There has been a flurry of activity since January 20, 2017, regarding immigration control in the United States.  Most of the focus has been on building a wall on the Mexican border.  However, other initiatives from the federal government will impact employers and businesses more directly.

President Trump signed an executive order entitled, “Enhancing Public Safety In The Interior Of The United States”.  The order includes many directives aimed at the “sanctuary cities” seen in the news and prioritizing deportation of illegal aliens.  Of note to the business community, is Section Six which states the Secretary of Homeland Security shall, within one year, issue new guidance and regulations to assess and collect fines from illegal aliens “and from those who facilitate their presence in the United States.”  This directive, when realized as a new rule, could impact employers and businesses that hire illegal aliens.  I suspect they will operate similar to laws already passed by Congress which I summarize here. As specific guidance and regulations are proposed, I’ll provide additional detail.

Another update this week are new bills in Congress meant to reform H-1B visas.  Among other parts of the bill, the idea is to give the Department of Labor “enhanced authority” to review, investigate and audit employers sponsoring H-1B visas and L-1 visas.  This “enhanced authority” would be additional power to the wage and hour laws already on the books and actively enforced, as I previously described this month.  This bill is sponsored by Senators Chuck Grassley and Dick Durbin.

Senator Grassley’s internet site states the new statute would penalize fraudulent or abusive conduct by employers.  Senator Grassley wants employers to produce “extensive statistical data” about employees, including wage data, worker education level, places of employment, and gender.  The bill is meant to enhance wage and hour law by ensuring the working conditions of American workers are not adversely affected by the hiring of H-1B workers, including those placed at a job site by another company (i.e. a staffing agency).  As this bill comes to fruition, I’ll add additional posts.

For now, all businesses and employers ought to verify they are using the new I-9 form.  If they have knowledge of an illegal alien on their payroll they should take action.  Aliens here legally on an H1-B visa or the L-1 program must be given the same pay and working conditions as U.S. citizens in comparable positions.  The penalties for not complying with the law will only enlarge in 2017, as will the authority of the Department of Homeland Security and Department of Labor new and existing laws. 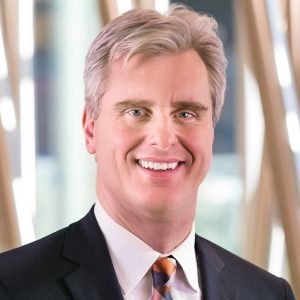 Home » Blog » Update On Immigration Laws Impacting Business
No two cases are the same. Prior results do not guarantee a similar outcome. Read our full Legal Disclaimer