“Birds sit brooding in the snow.”

This is the time of year when snowbirds flock back to Minnesota. While there is no precise figure of Minnesotans who migrate to more balmy climates during the late fall and winter before returning to their Minnesota homes for the more pleasant spring and summer seasons, the number is undoubtedly sizeable and growing.

Coincidentally, the return of snowbirds from temperate climates generally coincides with the due date for federal and state income taxes. In the absence of an extension, individual taxes for 2015 are due this Monday, April 18, extended three days after the usual April 15 deadline because, on that date, the federal government office buildings in Washington, D.C., are closed for the annual commemoration of the end of slavery in the District. That occurred in 1862, nine months before President Abraham Lincoln issued the Emancipation Proclamation abolishing slavery in the states of the Confederacy.

The confluence of the two events, the return of snowbirds and the arrival of tax season, is amplified this year by a recent ruling of the Minnesota Supreme Court, which has major implications for Minnesota snowbirds and taxpayers. In a narrowly divided decision this winter, while snowbirds whiled away the hours elsewhere, the court by a 4-3 vote, upheld a decision by the state commissioner of revenue expanding their exposure to state income tax in Marks v. Commissioner of Revenue, 875 N.W.2d 321 (Minn. 2016).

The Marks decision was one of a trio of unusual 4-3 split votes by the Supreme Court on the same day. The two other cases were less notable. In DeCook v. Olmsted Medical Center, Inc., 875 N.W.2d 263 (Minn. 2016), the court upheld the discretion of trial judges to allow errant litigants and lawyers to correct defective service of process, while in Troxel v. State, 875 N.W.2d 302 (Minn. 2016), the court affirmed a first-degree murder conviction for murder committed during the course of criminal sexual conduct.

The trio of cases was all hard fought, but the Marks case may be the most taxing of all. It is of particular significance because of Minnesota’s high state income tax rates, currently topping off at 9.85 percent currently.

The case is particularly topical because it came down at a time of growing concern about the impact of Minnesota taxes, income and estate exactions on the economic well-being of the state. A recent study, widely cited in the business community and at the Legislature, reflects that in the past five years alone, more than 3,000 Minnesotans have left the state to establish residency elsewhere, having cost the state an estimated $2.1 billion in lost income taxes, as well as taking some 31 billion in gross estates that will no longer be subject to taxation here. The study expects the trend to continue with another 12,000 Minnesota citizens expected to become one-way snowbirds in the next five years. D. Kurschner, “Bye-Bye Billions”Twin Cities Business Journal, April 16, 2016, p. 40.

Those analyses only pertain to migrants from Minnesota who do not return, except sporadically. The Marksmatter addresses another related taxing topic: pure snowbirds who make round-trip excursions to and from the state annually.

To maintain their Minnesota residency, migrating Minnesotans must be in the state for more than one half the year, 183 days to be exact, excluding the extra day in Leap Years. If not, they risk losing their Minnesota status for reduced homestead tax purposes, voting rights, driving privileges, and other matters. But establishing residency elsewhere, they can avoid Minnesota income taxes, and estate taxes, too, for that matter.

The Minnesota Department of Revenue has a multi-factor test to determine if an individual who spends a substantial amount of time living elsewhere is a “resident” of Minnesota for income tax purposes. The 26 considerations range from the obvious, as duration of overnight staying in Minnesota, to the minutiae of where they go for dental service and, of interest to the bar, where their attorneys are located. Minn.R. 8001.0300, subp. 3. If deemed a “resident” of Minnesota, despite living elsewhere part of the year, all of their income is subject to taxation in Minnesota.

While the taxing determination may be convoluted at times, even more complications can arise when a Minnesotan has a home outside the state and is domiciled or residing there while spending substantial times here, but less than the half-year residency required.

The Marks case turned on whether a married couple fell within the definition of “resident” under the Minnesota income tax law, in order to tax them fully, even though they lived in Minnesota for far less than the entire calendar period.

The taxpayers, an affluent couple with a home valued at about $4 million located on Lake Minnetonka, initially were reverse snowbirds, moving here from Florida in 1999. While they were Florida domiciliaries, they continued to maintain a home in Minnesota and spent a substantial amount of time here until mid-2007, when they re-established their domicile in this state. When they filed their tax returns in 2007, they claimed part-year resident status, which prompted an audit by the commissioner of revenue and led to the commissioner’s determination that they constitute full year residents of the state under the definition of “resident” in Minn. Stat. § 290.01, subd. 7(b). As a result, the couple’s total income was allocated for the full year to Minnesota, resulting in additional income taxes, penalty, and interest of more than $600,000.

But the Tax Court disagreed, holding that the couple could not be treated as “full year” residents because they spent fewer than 183 days in Minnesota, less than half the year, prior to becoming domiciled here, and that the only days that could be aggregated for purposes of determining their residency here are the time spent in Minnesota while domiciled outside the state. As a result, their back taxes were reduced to about $271,000, leaving approximately $380,000 in dispute.

The Supreme Court, in a 4-3 decision, disagreed with the commissioner and held that all of the days that the taxpayers spent in Minnesota during the tax year, including the days spent in the state as a domiciliary, can be aggregated under the statute. The majority decision, written by Justice David Lillehaug, agreed with the commissioner that the “plain language” of the statute allows the aggregation of all days an individual spends in Minnesota in a given tax year to determine whether the individual is a “resident” of the state during that year. The decision began by examining the “different rules for income allocation, depending upon the taxpayer’s residency.” If a person is deemed a “resident,” all income earned anywhere is subject to Minnesota income tax. But an individual who is a “resident” for only part of a taxable year pays a smaller share of state income tax, depending upon the type of income.

Therefore, as Justice Lillehaug explained, the case turned on the meaning of the statutory term “resident,” which is defined two different ways. One definition is an individual who is “domiciled” in the state, while the other definition covers any individual who is “domiciled outside the state,” but maintains a home in the state and spends more than half of the tax year in Minnesota. Under the statute and accompanying rules adopted by the commissioner, for an individual who maintains a home in Minnesota while domiciled outside the state, all days spent in Minnesota during that year can be aggregated to determine whether the individual satisfies the 183 day requirement to be deemed a full year “resident,” subjecting all income to Minnesota taxes for that year.

The case was complicated, in Justice Lillehaug’s reading of the statute, because the “resident” definition is “susceptible to two reasonable interpretations.”

The interpretation asserted by the taxpayers, and accepted by the Tax Court, was that time spent in Minnesota while a taxpayer is not domiciled here, need not be counted as days spent in the state, meaning that an individual whose domicile changes during a tax year is only deemed to be a “resident” for the “full year” if the individual maintains a home in the state and spends at least 183 days in Minnesota while domiciled elsewhere. That interpretation minimizes tax impact on many snow birds who maintain a home in Minnesota while living elsewhere for a large portion of the year.

However, the commissioner also advanced a “reasonable” view of the statute, allowing all days to be counted when an individual is present in the state to determine “resident status.” Under this construction of statute, individuals may be treated as a “resident” for tax purposes for portions of the year that they were not domiciled in Minnesota if they maintain substantial contacts with the state during that tax year, consisting of a home here and physical presence for more than a year. This interpretation yields a definition of “resident applicable to all individuals who domicile outside of Minnesota, maintain a home in Minnesota, and have physical presence in this state for more than half the tax year. If these conditions are met, the individual would be subject to state income tax on all income earned during the year.

In view of the statutory ambiguity, Justice Lillehaug brought legislative intent into play, citing a list of factors set forth in Minn. Stat. § 645.16-17. One of the dominant considerations is the “purpose of the law,” which if aimed at requiring individuals who utilize services, benefits and protections in Minnesota “through substantial contact with the state for most of the year to pay taxes on their entire income.” The taxpayer couple, who spent 70 percent of the year, 257 days, in Minnesota in a home they own here, is subject to this treatment because they “enjoyed those services, benefits and protections” during that time period. A second consideration is the “administrative interpretation of the statute,” which are “entitled to deference.”

These two factors, the statutory purpose and administrative interpretations of it removed any “doubt” about legislative intent and “allows the commissioner to count all of the days the tax payers are physically present in Minnesota” in a year to determine whether the tax payer is a resident, including days spent in the state as a domiciliary. The upshot of the ruling is that the taxpayer had to pay Minnesota income taxes on all of their income for the year in question even though they lived here for only 257 days.

But the underlying rationale of the Marks majority did not sit well with Justice David Straus and two dissenters who joined him, Chief Justice Lori Gildea and G. Barry Anderson. They felt that the commissioner erred by treating the taxpaying couple as full year residents, an outcome that the dissenters believed “could hardly have been what the Legislature had in mind” when it enacted the residency measure.

The Marks case marks a continuation of a trend of recent Minnesota Supreme Court cases dealing with residency issues. It is in line with a pair of 2013 decisions of the state Supreme Court upholding residency status for Minnesotans who claim to be living elsewhere, a professional basketball referee who did not pay Minnesota state taxes for a couple of years while claiming residency in Florida, as well as Mauer v. Commissioner of Revenue, 829 N.W.2d 59 (Minn. App. 2013), the owner of a truck dealership who moved to Nevada, was treated as a Minnesota taxpayer because he had substantial connections in Minnesota while living in Nevada. Larson v. Commissioner of Revenue, 824 N.W.2d 329 (Minn. App. 2013).

The Marks decision, unless changed by the Legislature, may affect the migrating patterns of Minnesota snowbirds. At a minimum, it may give more work to lawyers, accountants, and tax advisers as they try to help their clients take flight from the high Minnesota income tax burdens while basking in the higher temperatures and lower tax rates elsewhere. 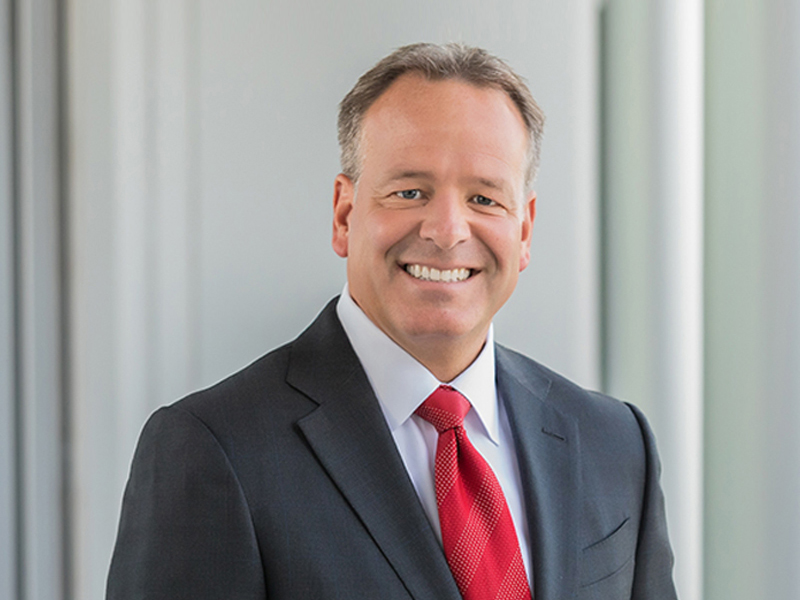