Are You Prepared for the Future of LIBOR? 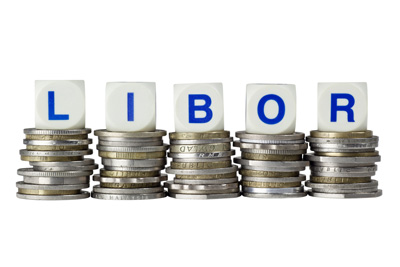 The Financial Conduct Authority (“FCA”) in the UK has announced that it will no longer require banks to submit London Interbank Offered Rate (“LIBOR”) quotes after 2021. This change requires careful review and action for lenders, borrowers and investors.

LIBOR’s significance in the industry is demonstrated by its prevalence – as a reference rate for more than one hundred trillion dollars of financial products, including an estimated 97% of syndicated loans, 84% of floating rate notes, 71% of collateralized loan obligations, and 23% of residential mortgage backed securities.

While LIBOR may continue to exist after 2021, it will likely stop being a viable reference rate. Regulatory agencies in both the US and UK have been advocating a transition away from LIBOR since at least 2014, when the Federal Reserve Bank formed its Alternative Reference Rates Committee to identify an alternative to LIBOR. Lenders, borrowers, and investors should take steps now to avoid the chaos and disputes that could arise if LIBOR is no longer available.

Why move away from LIBOR?

The main reason to move away from LIBOR is that it is often unrelated to real transactions. Instead, it is a “polled” rate, meaning that the Intercontinental Exchange (“ICE”) conducts a daily poll of 18 major global banks and asks, “at what rate could you borrow funds, were you to do so by asking for and then accepting interbank offers in a reasonable market size just prior to 11 am (London time)?” ICE then calculates an average of the estimates. Until 2014, participating banks were not required to make any attempt to tie their estimates to actual transactions. Even now, participating banks often provide estimates or derivative rates because the interbank lending market can be small and inactive. As a result, LIBOR may not accurately represent the cost of borrowing. Equally important, participating banks have financial incentives to manipulate LIBOR because banks either profit or face losses on interest rate movements depending on the bank’s positions. Since 2012, several banks have admitted to misconduct related to LIBOR and have agreed to millions of dollars in fines.

1.         Review Legacy Financial Contracts. Review your outstanding financial contracts to determine how an end or change to LIBOR might affect them. While best practice has long been to include a backup reference rate, not all financial contracts provide for what to do if LIBOR is not reported. Some financial contracts provide for backup reference rates that would be fine for a short-term interruption of LIBOR, but would be problematic in the long-term. For example, some contracts merely provide that the financial contract will continue to rely on the most-recently reported LIBOR rate. Other financial contracts have overly cumbersome provisions for replacing LIBOR as the reference rate. For example, some floating rate bonds or syndicated loans actually require the indenture trustee or servicer to contact several banks and request quotes. If a financial contract requires the servicer to conduct its own survey or for the majority of investors to endorse a new reference rate each month that LIBOR is unavailable, the increased administrative burden – and the corresponding expense – could be problematic. The important thing is to review the contracts and understand what will happen if or when LIBOR becomes unavailable – either temporarily or permanently.

2.         Amend Legacy Financial Contracts. If your legacy financial contracts do not have adequate provisions for a backup reference rate, you should look for any opportunity to preemptively negotiate amendments to the financial contract rate to provide for a smooth transition and avoid litigation.

The most significant obstacle to amending these legacy contracts is that there is no obvious existing choice to replace LIBOR because other reference rates are not widely reported, are not market derived, do not have the derivatives and futures markets that are necessary to hedge interest rate risk, are not widely accepted as viable reference rates, or have some combination of all of these issues. For example, the Fed Funds rate has an active futures market for hedging, but is policy driven instead of market derived.

There are, however, two frontrunners for future reference rates. First, the UK’s FCA has recommended a transition from LIBOR to the Sterling Overnight Index Average (“SONIA”), which is calculated as the weighted average rate of all unsecured overnight sterling transactions brokered in London by the Wholesale Markets Brokers’ Association. Second, the Federal Reserve’s Alternative Reference Rate Committee has recommended replacing LIBOR with a new broad Treasuries repurchase rate to be called the Secured Overnight Funding Rate (“SOFR”). Both of these proposed replacement rates are supposed to be based on actual transactions in a robust market. Both the FCA and the Federal Reserve have proposed plans for publishing SONIA and SOFR daily and establishing futures and derivative markets. Under the proposed timetables, SONIA and SOFR would have the necessary infrastructure to be viable reference rates by the end of 2021, but there is no guaranty that either proposed replacement will develop to the point of being commercially acceptable to financial contract counterparties.

Even though SONIA and SOFR will not be viable replacements for a few years, if ever, existing contracts should still be amended now to prepare for the end of LIBOR. One possible amendment would allow the servicer more flexibility to designate a replacement reference rate if LIBOR is not reported. Alternatively, the financial contracts could be amended to include a designated interim backup reference rate (i.e. a published rate from a federally chartered financial institution), to empower the lender or servicer of the financial contract to designate any reasonable rate (within certain parameters) or any rate that has been suggested by a regulatory agency, or to use the note’s capped rate if/when LIBOR becomes unavailable.

By announcing that it will stop requiring participating banks to provide LIBOR quotes, the UK sent a signal to prompt financial institutions to prepare for a possible end to LIBOR reporting. Parties should carefully consider their choice of reference rate in new transactions. Similarly, existing financial contracts should be reviewed to analyze the potential impact of changes to LIBOR and possibly amended. Taking these steps now will provide certainty and avoid costly disputes with counterparties in the near future.