Getting Everyone Involved: When can a Lawsuit be Dismissed for Failure to Join an Indispensable Party? 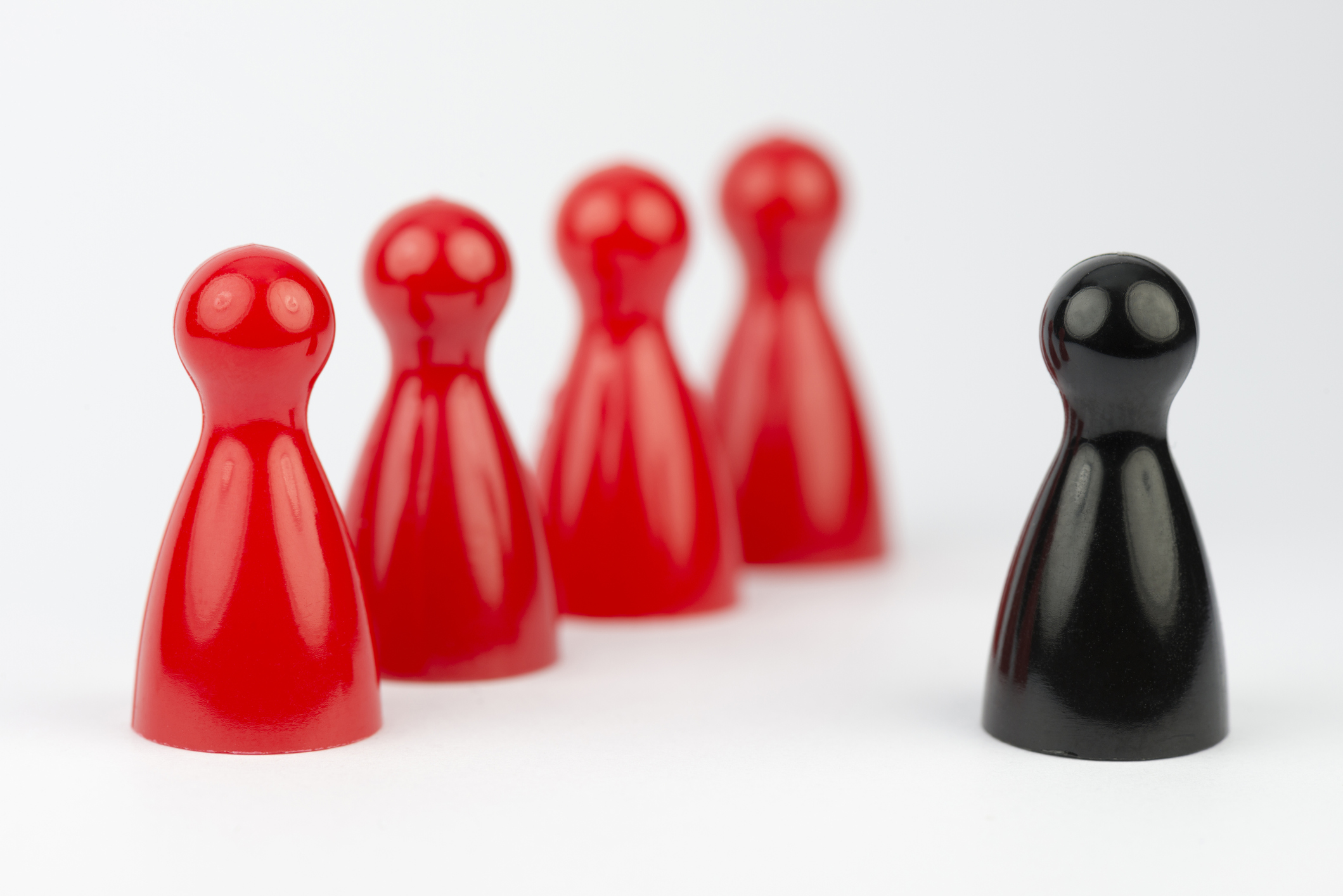 Lawyer Tom sat at his desk, reviewing the Federal Complaint just served on his client, Derek, one of three partners in a manufacturing firm, Big Stuff, LLC. The Plaintiff was one of his partners, Abe. The Defendants included Derek, but did not include the other partner, Carl. The Complaint was brought in Federal Court and sought dissolution of the Company, alleging that Derek and Carl had combined to treat Abe with prejudice by, among other things, giving themselves raises without doing the same for Abe. The Complaint was full of allegations against Carl, but he was not made a party. Carl was the majority owner of Big Stuff, with 60%. Abe and Derek owned 20% each.

Lawyer Tom immediately noticed Carl’s conspicuous absence and considered a Third Party claim for contribution. However, he knew that Plaintiff did not want Carl in the suit, likely because Carl was known as litigious and had the deep pockets to fight to the end. This gave Tom the idea to look at Federal Rule of Civil Procedure 19, to see if he could get the entire case dismissed for failure to join an indispensable party.

Rule 19(a), provides that a person, whose joinder will not deprive the court of subject-matter jurisdiction, is a required party if:

Fed. R. Civ. P. 19(b) identifies four nonexclusive factors for courts to consider when determining whether to proceed without an indispensable party:

Dismissal of a case under Rule 19

A necessary party is indispensable, thus requiring dismissal, if they have an interest “of such a nature a final decree cannot be made without either affecting that interest, or leaving the controversy in such a condition that its final termination may be wholly inconsistent with equity and good conscience.” Provident Tradesmen Bank & Trust v. Patterson, 88 S. Ct. 733, 745 (1968).

Rule 19 provides a two-step process to determine whether a complaint should be dismissed for failure to join an indispensable party. See Davis ex rel. Davis v. United States, 343 F.3d 1282, 1289 (10th Cir. 2003). The first step, outlined in Rule 19(a), provides that a person is Required Party if complete relief cannot be accorded in that person’s absence, or resolving the claims without that person may impair the absent party’s interest or subject an existing party to the risk of double, multiple or otherwise inconsistent obligations. EEE Minerals, LLC v. State, 318 F.R.D. 118, 124 (D.N.D. 2016).  Under Rule 19(a), if joinder of a required person is feasible, then that person must be joined. Fed. R. Civ. P. 19(a)(2). If joinder is not feasible, the analysis proceeds to the second step.  Fed. R. Civ. P. 19(b). The second step of the analysis, set forth in Rule 19(b), directs a court to “determine whether, in equity and good conscience, the action should proceed among the existing parties or should be dismissed.”

EEE Minerals, LLC v. State, 318 F.R.D. 118 (D.N.D. 2016), provides support for an attorney seeking to dismiss a Complaint for failure to join an indispensable party. In EEE Minerals, the Federal Court noted the action was originally filed in State District Court “in an effort to determine who owns title to oil and gas interests under and adjacent to the Missouri River in western North Dakota. More than 100 Defendants moved to dismiss under Rule 19, with primary basis for the motions to dismiss being the failure to join the United States as a necessary party. The court concluded the United States was an indispensable party, which required the court to complete the Rule 19(b) analysis because, although “the United States has a significant interest in the action[,] [it] cannot be joined” because of its Sovereign Immunity Id. Ultimately, the EEE Minerals Federal District Court dismissed the case because “There is no court that could ever craft a judgment and carve out the ownership interests of the federal government from the judgment and achieve a fair and just result.” Id.

Having gained an understanding of the applicable law, Lawyer Tom considered the likelihood of succeeding on a Motion to Dismiss under Rule 19. He knew that any motion to dismiss at the pleading stage is an uphill climb and that the slope is even steeper under Rule 19. “Dismissal of an action for non-joinder of a party is an extreme remedy which should only be granted where a party is truly ‘indispensable.”‘ Kouba v. Great Plains Pelleting, Inc., 372 N.W.2d 884, 887 (N.D. 1985). Lawyer Tom’s first step was to determine whether the court was likely to deem Carl a Required Party under Rulel 19(a).

Who is a required party under Rule 19(a)?

Carl owned a majority of Big Stuff, so it could not be dissolved, nor its proceeds allocated, without impairing his interest in the company. An analogous situation was addressed in Makah Indian Tribe, where the plaintiff brought an action to challenge the federal regulations allocating the ocean harvest of salmon. Makah Indian Tribe, 910 F.2d at 556. After the district court dismissed for failure to join indispensable parties, identified as the other ocean treaty tribes, the appellate court determined dismissal of the substantive claims was warranted because the un-joined tribes had a legally protected interest in the allocation of the salmon harvest quotas at stake in the litigation. Id. at 558. Carl, likewise, had a legally protected interest in allocation of his share of Big Stuff. The court in Makah Indian Tribe determined the other tribes were indispensable parties because the plaintiff sought to take away their legally protected interest through the reallocation of a fixed fund of limited resources, similar to the fixed proceeds to be divided by the shareholders of Big Stuff.

Any relief affecting Big Stuff would affect Carl’s interest. Lawyer Tom concluded that the court would likely find Carl was a Required Party. This means the Plaintiff must join him if feasible.

When is Joinder Feasible under Rule 19?

Having determined that Carl is a Required Party, the court would then have to determine whether joining him in the action was feasible. On this question, there could be no bad result for Lawyer Tom. If it was determined that joining Carl is feasible, then he must be joined. On the other hand, if joinder is not feasible, then subdivision (b) would be applied to resolve the question of whether the action should proceed without Carl. See Bakia v. County of Los Angeles, 687 F.2d 299, 301 (9th Cir.1982).

Whether joinder is feasible is a legal question. Joinder has been held not feasible where it would destroy diversity jurisdiction. See Lopez v. Martin Luther King, Jr. Hosp., 97 F.R.D. 24, 31 (C.D. Cal. 1983). In EEM, Joinder of the United States as a defendant was held not to be feasible because of Sovereign Immunity. Here, because Carl and Derek live in the same State, Lawyer Tom concluded that the Court would determine that it was not feasible to join Carl, because doing so would cause the court to lose diversity jurisdiction. Therefore, Tom’s motion would be decided on the second part of the Rule 19 test, whether, under equity and good conscience, the action should proceed without the Carl.

Analysis of Equity and Good Conscience under Rule 19

Lawyer Tom next had to consider whether the court was likely to dismiss the case under Rule 19(b) or proceed without Carl. The United States Supreme Court has described the complexity of this analysis.

The decision whether to dismiss (i.e., the decision whether the person missing is ‘indispensable’) must be based on factors varying with the different cases, some such factors being substantive, some procedural, some compelling by themselves, and some subject to balancing against opposing interests. Rule 19 does not prevent the assertion of compelling substantive interests; it merely commands the courts to examine each controversy to make certain that the interests really exist. To say that a court ‘must’ dismiss in the absence of an indispensable party and that it ‘cannot proceed’ without him puts the matter the wrong way around: a court does not know whether a particular person is ‘indispensable’ until it had examined the situation to determine whether it can proceed without him. Provident Tradesmens Bank & Tr. Co. v. Patterson, 390 U.S. 102, 118–19, 88 S. Ct. 733, 742–43, 19 L. Ed. 2d 936 (1968).

The Supreme Court in Provident Tradesmens Bank then clarified the four 19(b) factors as: (1) plaintiff’s opportunity to proceed in an alternative forum; (2) defendant’s desire to avoid multiple litigation or inconsistent judgments; (3) prejudice to the absentee; and (4) the interest of the courts and the public in complete, consistent and efficient settlement of controversies. Id. 88 S.Ct. at 738-739. Lawyer Tom thus had analyze Carl’s non-joinder under these factors.

It was appropriate to make a motion under Rule 19

Lawyer Tom’s analysis told him he should proceed in making the motion. The deciding factors were that Tom believed a court would find justice requires all interested parties to have a chance to make their case, and that Plaintiff would suffer no prejudice because he could proceed in state court. Tom decided to make his motion. It turned out to be the right decision. After filing his motion, Tom received a call from opposing counsel, who volunteered to dismiss the case and proceed in State Court with Carl added to the lawsuit. 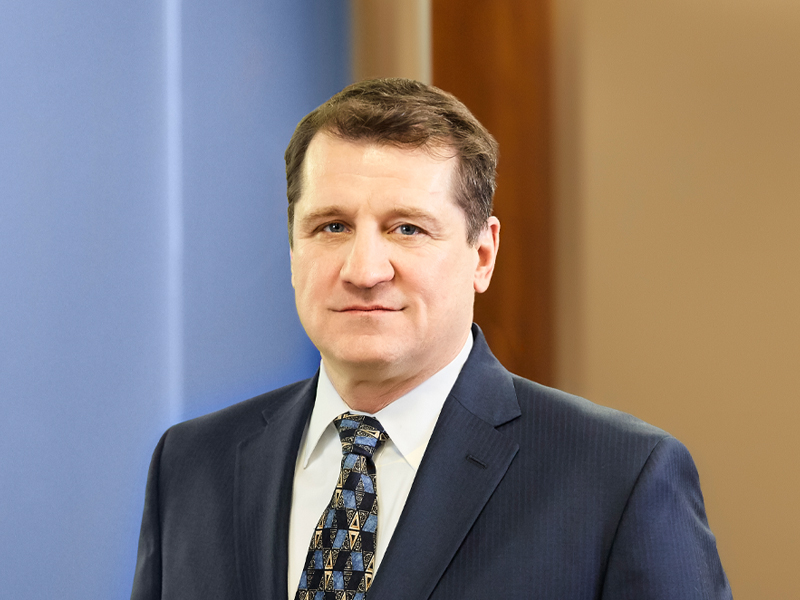