Recently the Minnesota Department of Labor and Industry (“DOLI”), the Federal Department of Labor and the IRS entered into an enforcement partnership to pursue companies that misclassify employees as independent contractors. Then, just days later, the IRS announced a new program intended to assist employers to “voluntarily reclassify” independent contractors to employees.

These developments from DOLI and the IRS also came only days after the Minnesota Court of Appeals issued an opinion about worker classification for unemployment purposes. Specifically, the Court of Appeals upheld an Administrative Law Judge’s reclassification of a transportation driver despite the existence of written independent contractor agreement, holding that the driver was an employee rather than an independent contractor.

The Minnesota Court of Appeals noted the standard five-point test used when distinguishing between an employer and an independent contractor:

In this case, the Court of Appeals found that the driver was an employee because:

Misclassification of employees as independent contractors is a particularly problematic issue in the construction industry. DOLI, the Minnesota Department of Revenue, and the IRS all very closely scrutinize whether an individual classified as an independent contractor is actually an employee. Individual are deemed employees unless proven otherwise, and the financial ramifications and penalties for misclassification can be severe.

Hellmuth & Johnson handles both construction and employment matters and can assist you in navigating this issue. For more information about employee versus independent contractor classification and subcontractor agreements, please contact Blake Nelson at (952) 746-2131 or bnelson@hjawfirm.com.

More information about the IRS “Fresh Start” Program can be found at http://www.irs.gov/newsroom/article/0,,id=246203,00.html.

Blake counsels and assists clients in every phase of creditor remedies, from reviewing and improving contracts and credit applications to recovering accounts receivables and obtaining and collecting judgments against debtors. Outside of his successful law practice, Blake also serves in other areas of the community and has been honored numerous times over the years. 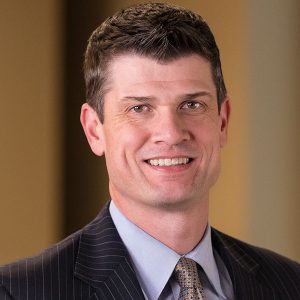 Home » Blog » IRS “Safe Harbor” for misclassified employees?
No two cases are the same. Prior results do not guarantee a similar outcome. Read our full Legal Disclaimer