As of January 1, 2016 Minnesota’s version of the Uniform Trust Code becomes effective bringing with it significant changes to the drafting and administration of trusts in Minnesota.

Before discussing these changes, we should discuss what constitutes a trust. A trust is an agreement between the maker of the trust, often referred to as a trustor or grantor, and one or more trustees for the management and distribution of assets held now or in the future by the trust.  It is important to note that trusts play a major role in estate and tax planning.

One of the primary changes that the new Trust Code brings to our trust laws is decanting of trusts. While this sounds like pouring wine from a bottle into a decanter from which it is then served, as we’ll see, decanting trusts may actually have some similarity to decanting wine.

While all of this may sound like it puts beneficiaries at great risk of loss of their benefit, trustees still have a fiduciary duty to exercise their discretion in the best interests of all beneficiaries and to act as a prudent person would act in exercising the power under the same circumstances. In addition, trustees must provide actual notice to the parties affected. The persons entitled to notice have the opportunity to object to the trustee’s proposed decanting plan. If any objecting parties don’t agree on the decanting plan, the trustee may still petition the court for approval of the proposed plan and the court may approve or deny the request once the plan is heard.

The question then remains why someone would grant limited or unlimited discretion to allow a trustee to decant part of all of a current trust. The answer to that question includes: changing the trustee to one in a different state, and allowing the trust to be administered under the laws of that state; fixing mistakes in the trust; changing provisions for trustee succession, or the succession of another fiduciary such as a trust protector; changing investment protocols to bring the trust up to date consistent with modern investing and portfolio management; changing part or all of the trust to a special needs trust to protect the assets of the trust for the beneficiaries; changing the ages or dates of distribution; and possibly the greatest use may be to adjust the language of the trust to save income and estate tax. Decanting could be used successfully on trusts that have not been updated since the many changes in the estate tax laws have been implemented both at the federal and state level. It should also be noted that decanting is not a substitute for a trustor amending the trust. However, if the trustor is incapacitated or has died, amending the trust is not an option and decanting becomes the solution.

While decanting provides potential benefits for trustees and beneficiaries there remain many unanswered questions and issues regarding the tax (income, estate, gift, etc) consequences.  While these issues are under consideration by the IRS, it is not yet clear when the IRS will issue guidance in this area.

Feel free to contact us regarding decanting of trusts or any other provisions of the new Minnesota Trust Code. Watch for our future articles on other interesting aspects of the new Trust Code. 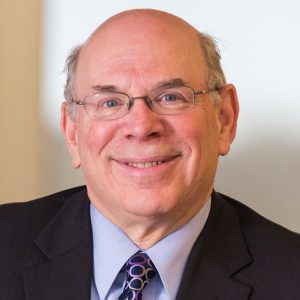