Do’s and Don’ts of Winning an Unemployment Appeal Hearing

Learning how to win your unemployment appeal hearing is not an exact science. While nothing is guaranteed, understanding the do’s and don’ts of these cases will prepare you to approach your court date with confidence and increase your chances of winning.

Given the current unemployment rate in Minnesota, more and more unemployed individuals are seeking benefits from the state’s unemployment insurance system.  At the same time, economic pressure has compelled employers to appeal former employees’ applications for unemployment benefits at an ever-higher rate.  The result, at least based on anecdotal observations among employment lawyers, has been an uptick in the number of contested telephone unemployment appeal hearings.  Most often, these hearings revolve around one of two issues: 1) whether the employee was terminated for “employment misconduct;” or 2) whether the employee quit for a “good reason caused by the employer.”

After representing numerous employees and employers in this process over the past several years, I have reached the point where I can make a number of observations about what works and what doesn’t work in these unusual proceedings.  The following list of “DO’s” and “DON’Ts” represents a summary of these observations and can increase your chances of winning your unemployment appeal hearing.

1.  Do take the process seriously.  This is seldom a problem for the unemployed worker, who now has time on their hands and a very strong incentive to win.  But for employers, the monetary incentive is less significant and there is a strong temptation to avoid pulling employees off more valuable duties to prepare for and participate in a telephone hearing.  However, if the employer really does want to win the unemployment hearing, it is well advised to do a thorough investigation and to spend serious time preparing both witnesses and documentation for the hearing.  A lack of preparation by the employer can readily be perceived by the judge, leading to situations where an employee essentially wins by default.

2.  Don’t rely too heavily on hearsay evidence, if it can be avoided.  This is especially important for employers, who often have access to and control over the relevant witnesses.  If at all possible, employers should make it a point to introduce the testimony of the people who actually witnessed the former employee’s wrongdoing.  Written statements or second-hand testimony by a supervisor or human resources representative can be easily attacked and impeached by the employee.  Moreover, the absence of these first-hand witnesses can be used by the employee to imply that the employer is afraid to put key witnesses on the stand and expose them to cross-examination.  This is less of a concern for employees, who usually don’t have access to eyewitnesses, and most often have no choice but to testify as to hearsay conversations.

3.  Do make sure that you give the unemployment department an accurate, reliable telephone number, for a phone located in a quiet place.  Landlines are preferable to cell phones.  If you have witnesses appearing by phone at a different location, you should make sure they also have access to a suitable phone and a quiet location. Employers should be sure to either give the unemployment department a direct-dial line to the person running the hearing, or give specific directions to the receptionist concerning where the call should be directed.

4.  Don’t send the judge a long written narrative of your case before the hearing.  Such a narrative can and will be used by the other side (and the judge) to impeach you and your witnesses.  You should instead rely upon the live testimony of your witnesses, the information contained in your exhibits, and your closing summation.

5.  Do show appropriate deference to the unemployment judge.  This includes not talking over the judge and consistently addressing the judge as “Your Honor.”

6.  Don’t try to introduce testimony from character witnesses.  This is especially true for employees, who often want to someone (often a friend or relative) to testify that they never would have done the things they are accused of by the employer.  Unemployment judges don’t want to hear from these witnesses.  Stick to people who have personal knowledge of the events in question.

7.  Do be aware of the “single incident” doctrine.  One of the factors that can be taken into account in deciding whether an employee is eligible for unemployment benefits is whether the misconduct in question was a “single incident,” or part of a broader pattern of misconduct.  To the extent that the employee can narrow down the reason they were fired to a single reason, which is often the case, the employee stands a good chance of gaining unemployment benefits by relying on this doctrine.

8.  Don’t pass up the opportunity to give a closing statement.  This is your opportunity to summarize and characterize the evidence presented in your favor, and to argue, without interruption from anyone, that the judge should ultimately rule in your favor.  It’s also a good opportunity to tie the evidence and the arguments to the language in the unemployment statute (such as the “single incident” doctrine).  Many parties to unemployment appeals (at least those who aren’t represented by lawyers) pass on this opportunity, likely because they have not prepared for it.  This is a big mistake.

9.  Do strongly consider hiring an experienced lawyer.  Having someone on your side who is familiar with the procedure and can present your case in the best possible light can greatly increase your chances of prevailing.  This is especially true in complex cases, cases where witness cross-examination is crucial to the outcome, or cases where significant legal issues may be involved.  A lawyer can also be very helpful if a party is not comfortable speaking publicly or confronting witnesses on the other side.

Unemployment hearings are stressful, but being prepared not only alleviates some of this stress, it also gives you the best chance of winning. Have additional questions about your unemployment appeal hearing? Get in touch with the employment law attorneys at Hellmuth & Johnson, PLLC. 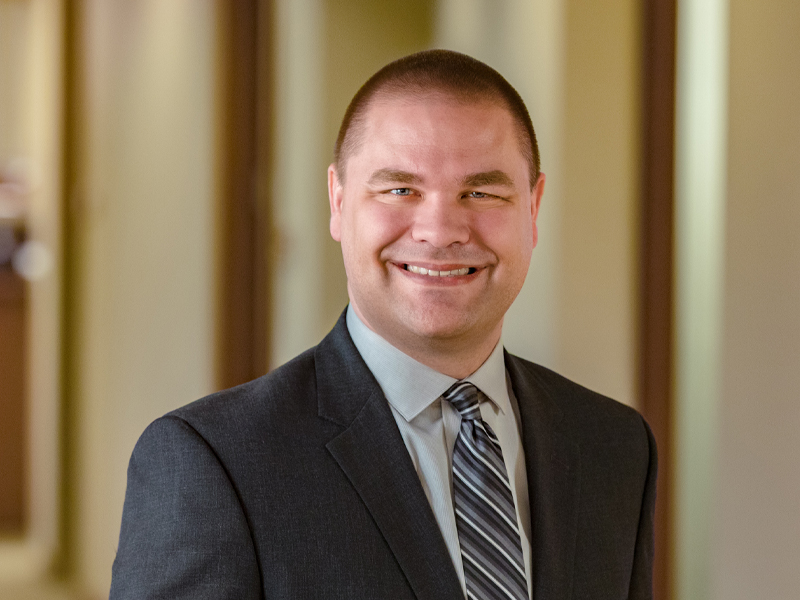